Is Vaping Marijuana A Safer Alternative To Smoking?

Before vaping was discovered, smoking was the primary method of taking marijuana. This traditional practice was a staple in standalone and party cannabis sessions. But now that modern technology has come along, vaping devices give people another way to enjoy marijuana.

But the most common question has something to do with vaping marijuana as a safer alternative to smoking. This article tries to answer that question by using research to back up some of the most common claims about vaping and smoking cannabis.

Many people enjoy smoking a cannabis joint. However, they don’t know that this harms their health. It could harm the lungs, causing more damage than tobacco. This is the claim that vape companies use to market their products. But is it true that smoking can cause more lung damage than vaping?

According to a published article, a single marijuana joint may cause as much lung damage as five chain-smoked tobacco cigarettes. The damage is thought to be related to how users smoke marijuana joints. Because users forget to use filters and they inhale hard while holding their breath, lung irritation occurs.

On the other hand, vaping or smoke inhalation through vaporization isn’t exempt from lung damage claims. The Canadian Lung Association says vaping can aggravate asthma and other respiratory diseases. There may be dangerous chemicals in vaping products that can damage the respiratory system in a way that can’t be fixed.

Like smoking, vaping also poses concerns about the vape hit. A “vape hit” refers to a sudden vapor delivery at the back of the throat once the vapor gets into the airways, affecting the lungs.

Mayo Clinic doctors have found lung damage resembling chemical burns associated with vaping. But there’s no conclusive evidence as to the exact cause of this finding, whether it has something to do with a poor-quality vape medium or a defective vaping device.

Based on anecdotal evidence, a vape hit happens when users attempt to hastily vape cannabis instead of having gradual, smooth consumption. Others try to learn how to recharge a HQD or other brand of disposable vape, even if there are many different flavor profiles available on the market at affordable prices.

Therefore, users need to be meticulous in choosing vapor products. If you follow the instructions from the vape maker when you vape cannabis, you may be less likely to get chemical burns from a vape hit. 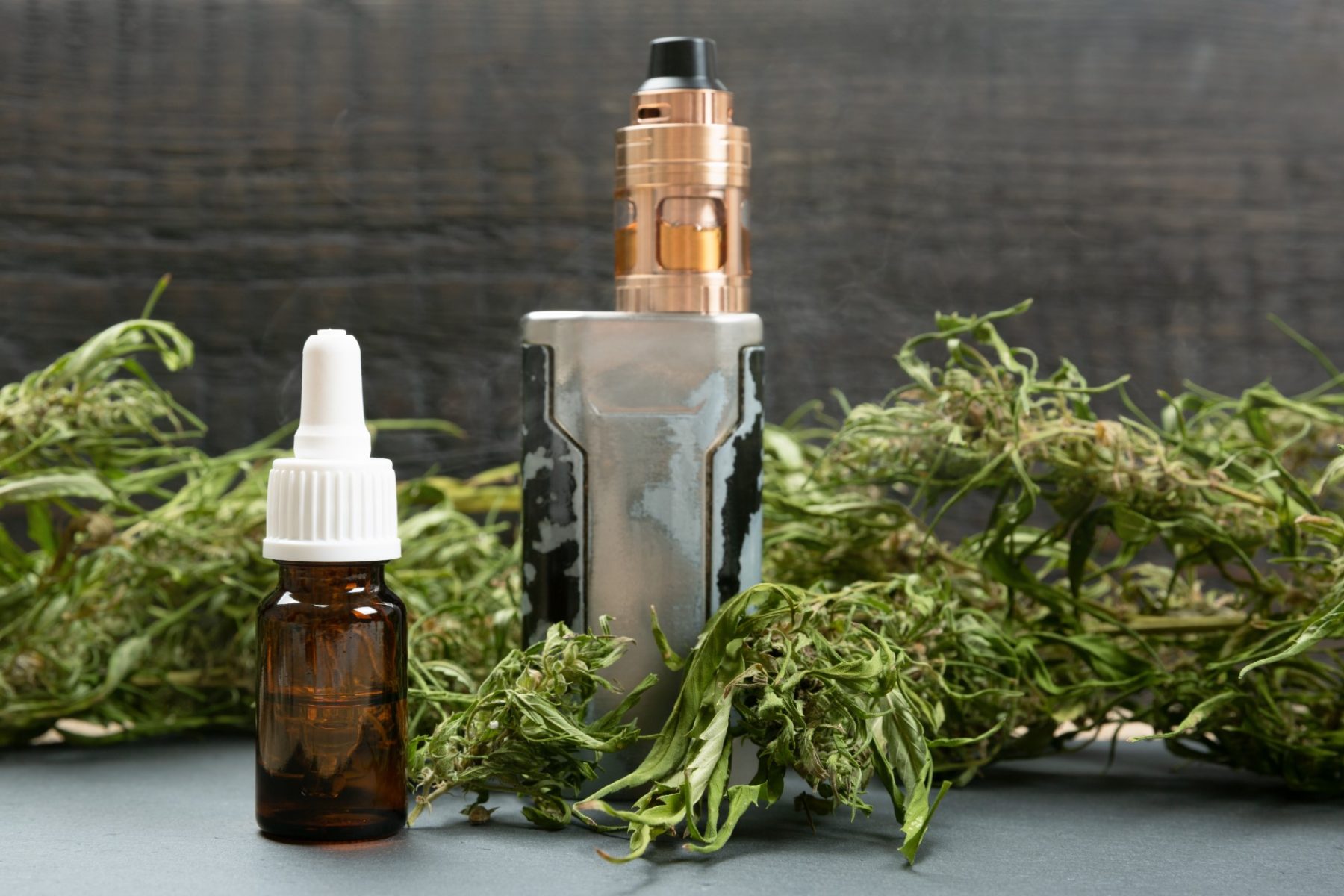 Smoking produces a more pungent skunk odor and a nuanced flavor. The stash burns quicker, resulting in these problems. Also, tar, carcinogens, naphthalene, toluene, and other byproducts can be bad for your health, which is why many people think vaping is a safer alternative to smoking cannabis.

While vaping does not use combustion but rather vaporization, users cannot be certain that it is safer. Vaporization may provide the best cannabis experience by eliminating the burnt smell and indistinguishable flavor. But it’s not as completely safe as many manufacturers claim it to be.

When you vape marijuana, you can control the temperature and heat, so the flavor and smell fade slowly. Vaping preserves the cannabinoid profile, allowing cannabis users to enjoy every hit. But vaping still risks producing harmful substances that other people can inhale through secondhand smoke.

If there’s one thing vaping can provide that smoking can’t, it’s enhancing the user’s cannabis experience. Vaping cannabis produces a stronger high because it releases more active cannabinoids than other methods.

One can have a more positive marijuana consumption experience with the proper vaping technique. The quality of weed makes a difference in the overall vaping experience but doesn’t promise a safer option. Buying high-quality marijuana and vapes is the only way for recreational and medical marijuana users to get the effects they’ve been waiting for.

Also, choosing the right vape setting and how often to use it can help you have a better vaping experience. But they don’t necessarily mean giving users a safer option for taking marijuana unless proven otherwise.

Can You Consider Vaping Cannabis A Safer Alternative To Smoking?

No. There is no proof that this is true, and a lot more needs to be shown before anyone can say that vaping marijuana is safer than smoking. Claims about the safety of vaping must be backed up by clinical trials, laboratory and diagnostic studies, and more. For now, the promise of vaping is more about improving the cannabis experience.

What Is Couch Lock And How To Beat It

What Cannabis Strain Is Best For Nausea?

How To Make Cannabis Concentrates

Safe Delta 9 Use: How To Choose A Reliable Distributor Of THC Products