The cannabis beverage brand Cann is offering consumers an alternative to alcohol. The company, co-founded by Jake Bullock and Luke Anderson, and its microdosed products have attracted attention from well-known investors and celebrities alike. Bullock spoke with New Cannabis Ventures about how Cann’s products are formulated, the company’s distribution and how he sees the beverages category growing. The audio of the entire conversation is available at the end of this written summary.

The Genesis of Cann

Bullock and Anderson have been friends for 10 years. They started at the same time at Bain & Company and found that they shared a growing frustration with alcohol as they got older. The hangovers were worse, but alcohol remained a central element of socialization. Bullock felt that cannabis beverages offering the same kind of buzz were a perfect fit for him as a consumer, and together, the co-founders pursued the idea of putting cannabis into a can.

Cann has grown significantly over the past year and a half. It started out with 10 to 15 team members in California, and it now has 35 full-time employees across multiple states, according to Bullock.

When it comes to formulating the beverages, the Cann team focuses on sourcing high-quality ingredients. For example, the company uses lemon juice from Sicily. The products do not contain any artificial sweeteners or preservatives. Instead of focusing on less expensive or easier-to-source ingredients, the team focuses on what is compelling and tastes good, drawing on ingredients trends and cocktail recipes.

Cann manufactures its beverages with partners in California, Nevada, Massachusetts, Rhode Island and Illinois. The company entered the Illinois market in April through a partnership with Green Thumb Industries (GTI), which now manufactures and distributes Cann’s beverages in the state. The beverages are also sold at GTI’s Rise dispensaries in Illinois. Bullock hopes to see that relationship grow and expand to more of GTI’s markets.

With adult-use moving forward in New York, New Jersey and Connecticut, Bullock sees opportunities for Cann in those markets. Cann has considered other brands as potential acquisition targets, but nothing has crossed the team’s desk yet that has been a compelling buy. The company has its hands full with its own brand for the time being. Being acquired is also not in Cann’s near-term future. Bullock thinks Cann has the opportunity to be a standalone company that helps to reshape the social beverage landscape.

While new markets will be on the company’s radar, the regulatory environment will influence how the company decides to grow. Federal legalization will happen eventually, but for the time being, Cann has to operate on a state-by-state basis. That limitation may influence which markets make the most sense. On the other hand, the current regulations have kept some would-be competitors out of the space, for now, allowing Cann the time to connect with consumers and create a brand, according to Bullock.

The beverages category has not taken off as quickly as expected. When Cann launched, many people thought beverages would be a novelty that would fade, but the category is growing, according to Bullock. He thinks that logistics are an important part of the reason for the slower uptake. Other cannabis products, like flower, vape pens and concentrates, are relatively small and light. A canned beverage takes up more room in stock rooms and delivery vehicles, creating supply chain challenges.

When accounts do stock beverages, offering Cann and other choices, consumers respond, according to Bullock. The company is targeting a particular type of consumer, one that Bullock refers to as a “healthy hedonist.” This type of consumer is social and probably drinks alcohol in a social setting but thinks about their health and what they consume. This type of consumer may never smoke cannabis and worry about controlling the experience of eating an edible, according to Bullock. Cannabis beverages offer an alternative. 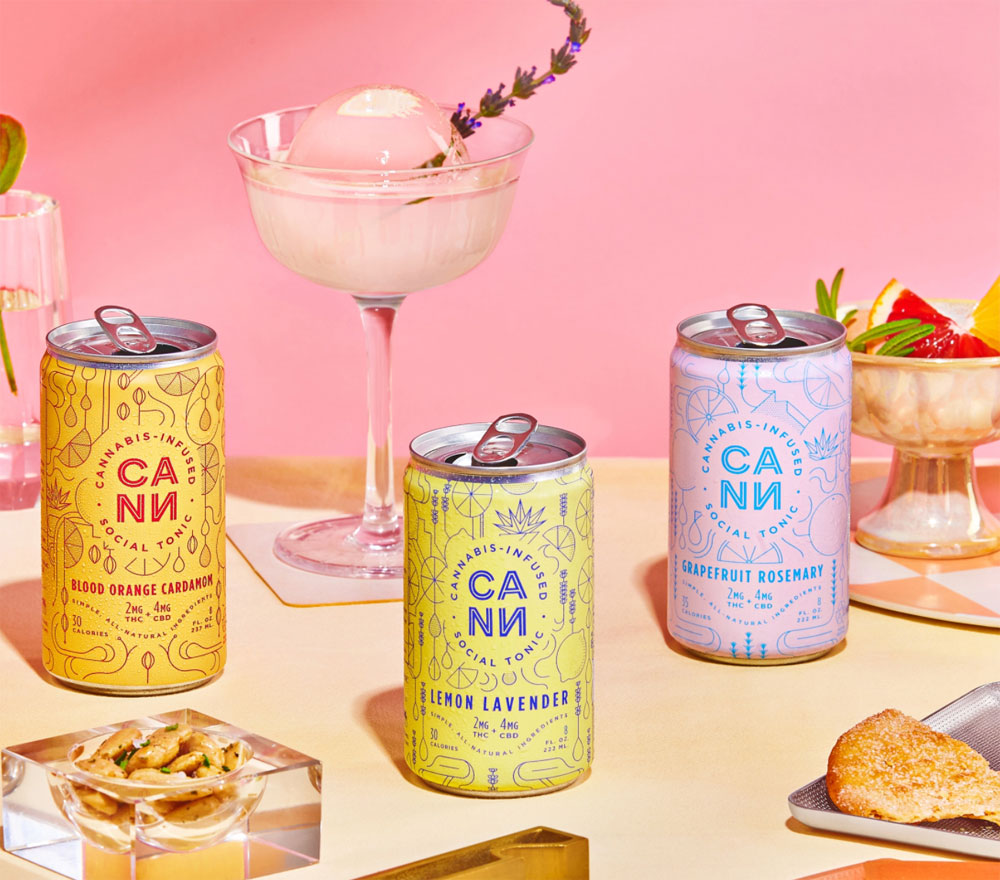 Cann considers alcohol its main competition, rather than other cannabis beverages. It is trying to bring down prices to be more competitive with alcohol. It is selling its products in six-packs, like alcohol. Taking even 10 to 20 percent of the alcohol market would be significant, according to Bullock.

Cann has attracted celebrity investors like Gwyneth Paltrow, Ruby Rose and Rebel Wilson, as well as investors like Navy Capital, Imaginary, Global Founders Capital and GTI. Thus far, the company has raised more than $30 million, primarily in equity capital, according to Bullock.

In the company’s early days, conversations with investors involved product prototypes hand-sealed in Bullock’s basement. The team had to sell the idea of a microdosed cannabis beverage. Now, that Cann has gained traction in the market and significant attention, the conversation has changed.

Cann has had to raise a lot of capital to build its brand, but it has been able to put it to good use, according to Bullock. The company has entered more markets and learned more about its consumers. Going forward, some creative debt solutions may help the company to grow.

California remains the company’s largest market, and it will be focused on growing its core business there. Bullock sees the opportunity to enter parts of the state that are just starting to allow dispensary licensing. The company will also continue to explore product innovation and add new markets to its footprint.

Repurchase rate is one of the most important metrics for the Cann team. They want to know if a consumer will buy their product again, how much of it they are buying and how often. The company invests a lot of time in talking to consumers to get their thoughts. The Roadies product was actually launched in response to consumer feedback.

Right now, Cann is preparing for the holiday season, a time with social touchpoints increase and demand for social beverages increases. It will also be investing in its current platform to continue growing its brand and moving the beverages category forward.

To learn more, visit the Cann website. Listen to the entire interview:

Carrie Pallardy, a Chicago-based writer and editor, began her career covering the healthcare industry and now writes, edits and interviews subject matter experts across multiple industries. As a published writer, Carrie continues to tell compelling, undiscovered stories to her network of readers. For more information contact us.