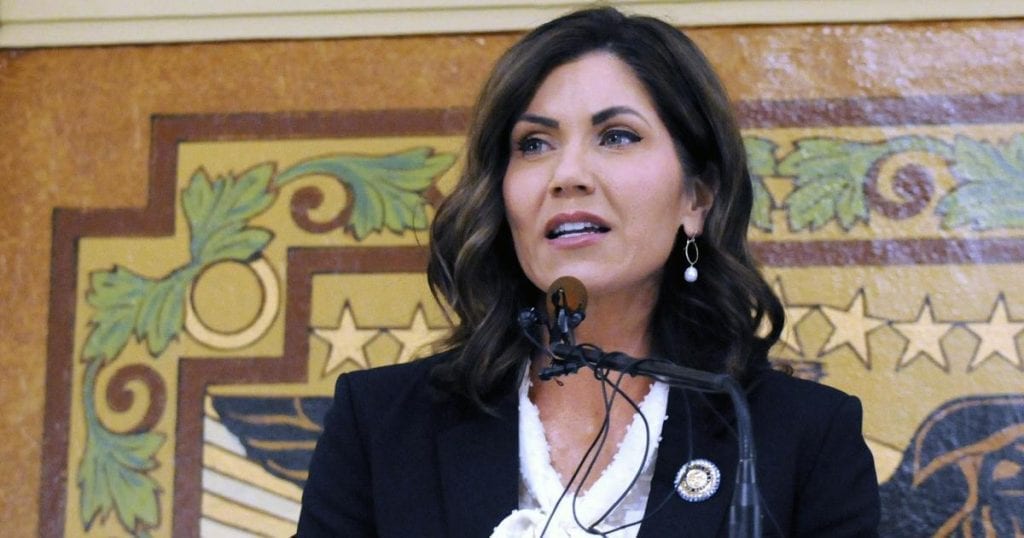 In Nov. 2020, about 54 percent of voters in South Dakota approved an adult-use cannabis legalization measure, while nearly 70 percent voted in favor of medical marijuana legalization.

So why are state officials fighting tooth-and-claw to undermine those votes?

In the three months since the election, South Dakota Gov. Kristi Noem has actively supported an effort to overturn the adult-use measure in the courts. And state legislators are working to delay the legally mandated implementation of the medical marijuana law.

Those efforts began soon after the November elections, when a South Dakota county sheriff, along with the superintendent of the state’s highway patrol, filed a lawsuit to throw out Constitutional Amendment A, the adult-use marijuana legalization measure. Their suit contends that Amendment A required a revision of the state’s constitution to be approved, rather than a single-subject amendment. Local media reports at the time said Gov. Noem approved the use of state funds to cover legal fees brought on by that lawsuit.

In early February, a judge with the state’s Sixth Judicial Circuit Court agreed to throw out the adult-use legalization measure; saying that despite “the strong presumption of constitutionality and presumption in favor of validity and propriety Amendment A receives, the infringement of the single subject rule…is so plain and palpable as to admit no reasonable doubt Amendment A is invalid.”

Two days later, on Feb. 10, Gov. Noem said her state will push back the timetable for Initiated Measure 26 (IM 26), the medical marijuana legalization measure. While IM 26 was supposed to take effect this upcoming July, “the feasibility of getting this program up and running well will take additional time,” she said in a press statement – adding the plan would take a year to implement.

Voters knew what they were voting for

But cannabis advocates in South Dakota and beyond have been quick to criticize these changes. In a statement emailed to Leafly, Brendan Johnson, a sponsor of Amendment A and an attorney for South Dakotans for Better Marijuana Laws, said his group is preparing an appeal to the South Dakota Supreme Court.

“It’s difficult to understand Gov. Noem’s political calculus on marijuana,” Schweich told Leafly. “Her South Dakota constituents clearly support marijuana reform, as evidenced by the results on Election Day. Support for marijuana legalization has steadily increased for the past two decades, now reaching 68% according to the most recent Gallup poll. Furthermore, nearly half of all Republicans support legalization. It’s also worth noting that using taxpayer money to fund a lawsuit to overturn the will of the people is unpopular across the political spectrum.”

Noem has been a vocal opponent of marijuana and hemp legalization in her state. “I don’t think anybody got smarter smoking pot,” she was quoted as saying in January. “I think it’s a bad decision for the state of South Dakota.”

Michael Card, an associate professor of political science at the University of South Dakota, believes Noem’s opposition to cannabis might also be “giving a nod to South Dakota’s ‘law and order’ mentality.” He also pointed to a 2019 report by the Prison Policy Initiative that says South Dakota has the highest per capita incarceration rate of any state in the Union.

State activists ready to push back

For his part, Card believes Noem may be activating opposition from two groups, the first being the parents, family members, and patient who are suffering from diseases that could be eased by medical marijuana. The second group, he told Leafly, are South Dakota citizens “who might not support the marijuana initiatives but believe the [state] legislation is continuing to restrict their ability to change what they consider to be bad laws.”

‘Disrespectful to the people of South Dakota’

Card’s belief is supported by a statement from Melissa Mentele, campaign manager for IM 26 and executive director of the medical marijuana advocacy group New Approach South Dakota. In email to Leafly, Mentele took exception to the proposed delay in the state’s medicinal cannabis regulations.

“A one-year delay to implementation of medical marijuana would be harmful to patients and disrespectful to the people of South Dakota,” she said. “Measure 26 was fully vetted and approved by over 70% of South Dakota voters on Election Day. The policy is detailed and based on best practices from other states. The legislature does not need to change Measure 26—we wrote a complete policy. All they need to do is respect the will of the people and allow the state to implement a medical marijuana program for qualifying patients.”

Mentele also noted that Measure 26 was not a new bill but. It had been discussed in South Dakota often over the past six years, and was “legislatively sponsored in its entirety twice.”

South Dakota voters, she continued, “knew what they were voting for and supported it overwhelmingly at the polls. 70% of [South Dakota] voters checked yes in November for July 1, 2021, patient access. Delaying implementation is a mistake.”

Not the first time politicians have ignored voters

Card noted there are signs of history repeating itself in South Dakota, when it comes to the cannabis legalization controversies. In 2016, he said, an attempt to regulate state campaign finance rules was passed by South Dakota voters. But the legislature repealed that measure, promising to fix what its leadership said were technical flaws. “But in the eyes of the citizens, they never got around to that,” Card observed. “Many have been writing letters to the editors about the state government thwarting the will of the people and see this [marijuana legalization challenge] as one more example.”