What does solventless mean in cannabis?

Products that are made without the use of chemical solvents are what are known as solventless extracts or concentrates.

Because solvent-based products use chemical solvents for extraction, you don’t always need to use the highest quality material, as the chemicals will strip everything away besides the cannabinoid-rich oil you are trying to obtain.

With solvent-based processing, you risk the possibility of your end product containing toxic chemicals.

Solventless extracts on the other hand, are obtained without the use of chemicals or any refinement.

The cannabis flower that you put into the process must be high quality because that is the same product you will get in return. For that reason solventless cannabis extracts have become a blooming, favorable alternative.

What is solventless extraction?

With more health-conscious and medical-cannabis users emerging, solventless extraction is a sure way that consumers won’t be inhaling harmful chemicals.

Additionally, consumers can safely consume solventless extracts in their homes, as it poses zero risk of burning or explosion from utilizing flammable solvents.

In fact, there are now products on the market, like the PurePressure rosin presses, that allow people to create solventless extracts right at home!

How does it work?

Through solventless extraction, resin-filled trichomes are either mechanically removed from the plant via ice water extraction, dry sift separation, and/ or direct heat and pressure is applied to the whole flower or isolated to trichome heads to burst and extract the oil from them. 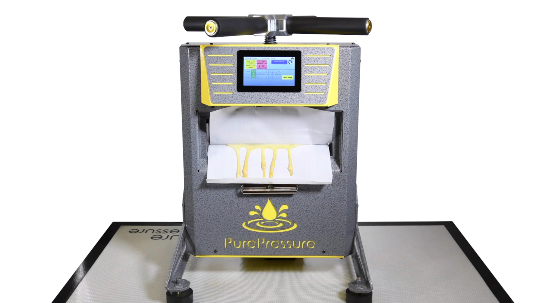 Before the advancement of extraction methods, the most renowned type of solventless cannabis extracts included kief.

Composed of round resin glands found at the surface of cannabis flowers, kief can be extracted through dry-sifting or a three-chamber grinder.

A grinder’s constant friction permits specks of trichomes to fall from the plant’s bud, generating kief. Overtime, these specks of kief accumulate in the chamber, allowing for the collection to be removed.

Kief is mainly used as a bowl topper or an addition to a joint, although some people collect enough kief to press into a small amount of rosin.

Similar to kief, dry sift hash is obtained by tumbling large amounts of dried and cured flower over various screens to filter the plant material from the trichomes.

The sifter machine typically has layers of screens, each with a different size of micron for filtration of different sized trichome heads.

Dry sift hash can then be dabbed as is, used as a bowl topper, added to pre-rolls, or pressed into dry sift rosin. 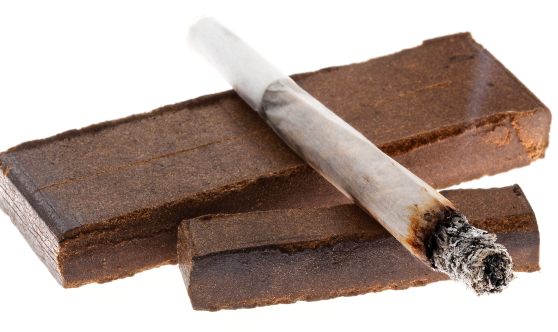 Known as the Mecca of Hashish, Moroccan Hash stems from numerous layers of kief compressed into a solid, delicate brick.

Similar to Moroccan hash, Charas require detaching trichomes from plant matter to create a potent extract. While some hash is made from dried buds, Charas comes from live cannabis grafts.

This form of solventless extract entails slowly rubbing the hands together to form a ball of concentrate.

All together, cannabis consumers cautious of ingesting toxins don’t need to invest in expensive equipment.

Not only are traditional types of solventless extracts easy to produce, but they also provide consumers with a top-quality, all-natural high.

By agitating frozen cannabis buds against ice and water with a paddle, trichome heads are gently snapped from their stocks that are attached to the plant material. The trichome heads then fall to the bottom of the washing vessel. 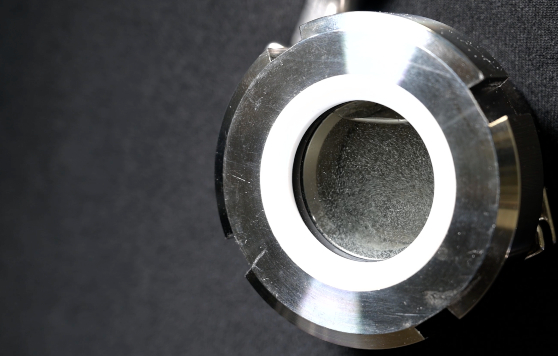 The wash water containing the trichomes is then poured into a series of nylon mesh filtration bags. Each filtration bag has a different size of micron (µm) so that the various sizes of trichome heads can be captured separately.

Generally ice water hash filtration bag kits contain 6-8 bag sizes ranging between 25 µm and 220 µm. It is common to find the ripest, most resin-rich trichomes in the 90µm to 120µm range, however every strain is different.

The filtered ice water hash is then scooped from each filtration bag and placed onto trays to be freeze dried for moisture removal.

Once freeze drying is complete, you officially have bubble hash that can be dabbed as is, added as a bowl topper, infused into a joint, added into edibles, or pressed into rosin. 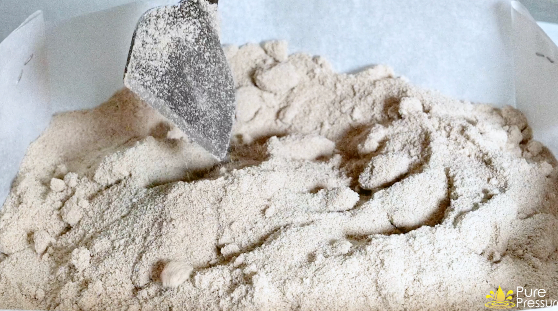 Pictured: bubble hash after freeze-drying, made at Kush Masters in Boulder, CO.

Originating from hash or whole pressed cannabis flower, rosin is  a natural cannabis concentrate made using a rosin press.

When applying heat and pressure to hash or flower in rosin filtration bags, terpene and cannabinoid rich oil flows out onto parchment paper, leaving your trichome membranes or plant material behind.

Post-press, rosin can be manipulated into a variety of  textures, such as shatter or badder, making it the ideal concentrate to experiment with.

Different textures of rosin, such as solventless shatter, also known as fresh pressed, can be created from a variety of manipulations.

Factors influencing the outcome of solventless shatter include the type of strain you are working with, the plant’s resin quality, the temperature and pressure the shatter is pressed at, and how the shatter is handled after it is pressed.

Unlike traditional shatter, solventless shatter is absent of chemicals throughout any part of its manufacturing process.

As a result, consumers are able to inhale shatter encompassing natural terpenes originating from the plant’s live material.

Rosin is a highly versatile product that has a variety of end uses from dabbables to food grade applications.

Most commonly, rosin is dabbed as is or further manipulated to make products like  cured badder, edibles or topicals, rosin cartridges, and more. 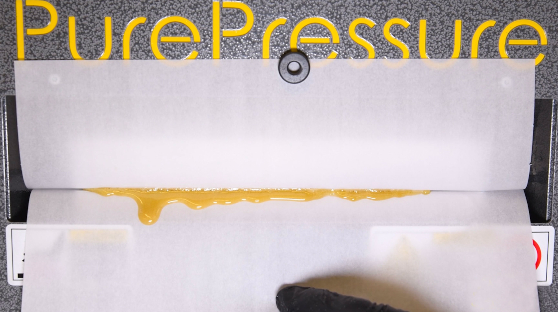 While vaping methods continue to thrive globally, solventless cartridges offer consumers a viable way to ensure that their cartridges are free of chemicals or additives.

Made without distillate or hydrocarbons, solventless cartridges give users the clean experience of inhaling a rosin through a vape pen.

One thing to keep in mind when producing these cartridges is that you must start with high quality rosin that was pressed from premium ice water hash.

Rosin cartridges hold the same cannabinoid, terpene, and flavor profile as dabbable rosin while being viscous enough to be used in a vape cartridge.

The good news about a rapidly growing cannabis field is that numerous forms of edibles will be available for consumers, such as solventless edibles for instance. 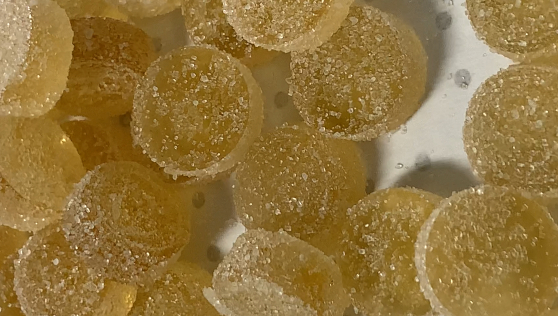 Similar to other solventless cannabis products, solventless edibles do not contain chemicals or residual solvents.

In fact, consumers can create solventless edibles with bubble hash, kief butter, or even cannabutter

To sum it up

Better technology means safer processes and developments which allows solventless extraction to be accessible to an increasing number of people.

As more consumers have great experiences with solventless concentrates, they will continue to prove themselves to be a superior product.

What is solventless extraction?

Is live resin the same as live rosin?

While these extracts are similar and they both use live starting material, they are not the same. Live rosin is a solventless concentrate that is obtained by either applying heat and pressure to your cannabis flower or to your ice water hash.

Live resin is extracted using solvents that chemically strip away everything but the resin. Live resin is typically lower quality than most live rosin making it the cheaper concentrate between the two.

Can I make rosin at home?

Yes! Making rosin at home is a great way to ensure you get the end product you want. Plus, it could save you money on highly-priced dispensary products. In fact, you can order your very own rosin press and kit online.

What is solventless resin?

Solventless resin is a cannabis concentrate that is obtained without chemical solvents, presenting consumers with a clean, flavorful, top-tier product.