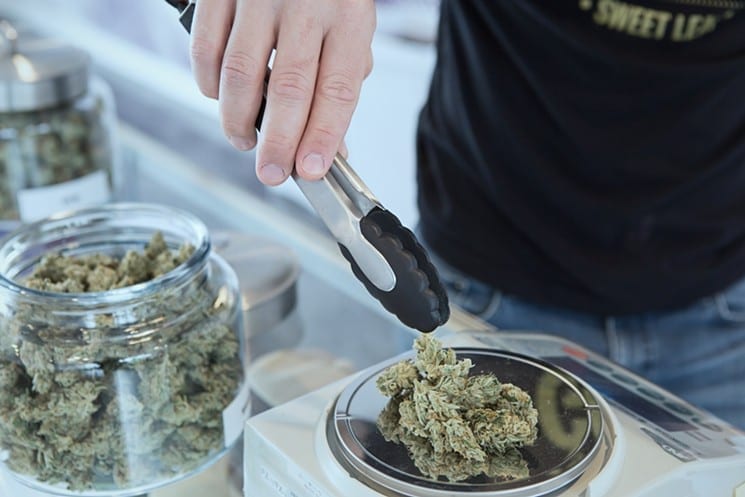 That growth is expected to continue, with sales projected to top $6 billion in annual sales by 2030 in Florida.

The medical marijuana market in Florida created nearly 15,000 new jobs in 2020 and employs an estimated 31,444 state residents, according to a new analysis.

Florida recorded nearly $1.23 billion in marijuana sales in 2020, according to the report posted by Leafly and Whitney Economics. Florida’s sales were more than every state except California and Colorado, where marijuana is legal for adults.

Medical marijuana patient registrations surged in Florida last year, with 170,000 new patients in 2020. According to the state’s Office of Medical Marijuana Use’s (OMMU) Feb. 12 update, 485,693 state residents are “qualified” patients who can receive prescriptions from 2,644 licensed physicians to purchase marijuana at 313 dispensaries statewide.

That growth is expected to continue, with sales projected to top $6 billion in annual sales by 2030 in Florida.

But Leafly and Whitney Economics said the state could recoup a far greater benefit if it legalized marijuana for adults and/or did away with its cumbersome, and possibly unconstitutional, regulatory scheme.

“With a state population of nearly 22 million, Florida could reasonably double its current total of cannabis jobs if it chose to legalize for all adults,” the report said.

If any of the several 2021 legalization bills are adopted, Leafly and Whitney Economics projects Florida’s marijuana market would boom to $2.1 billion in sales and generate $800 million in state and local taxes while employing more than 60,000.

Among the bills is House Bill 343, filed by Rep. Carlos Guillermo Smith, D-Orlando. It would legalize marijuana for adults over age 21 and establish a “robust and free-market regulatory approach.”

Florida law requires OMMU to issue medical marijuana licenses – limited to 22 with only 15 issued – to corporations that are “vertically integrated,” meaning they must handle the product from seed to sale.

A Tallahassee appellate court ruled in July the system was unconstitutional. The case will be heard by the Florida Supreme Court on March 1.

Lawmakers, however, don’t want to wait for the court ruling and have filed bills seeking to expand opportunities for small businesses.

SB 562/HB 593 would prohibit retailers from producing their own products, which they are required to do under the state’s vertical integration scheme.

None has been heard before assigned committees.

What is certain to be heard is an unfiled bill seeking to cap THC content, Senate President Wilton Simpson, R-Trilby, said this week.

“It’s certainly on the table,” he said.