MMJRecs Medical Marijuana And Immunity In The Winter: All You Need To Know

The winter months are a good time for colds and flu. By staying inside for longer periods of time, with poor air circulation and the fact that viruses thrive particularly well in the cold and low humidity, winter makes it easier for people to get sick.

Does winter weaken the immune system?

The scientific community has been grappling with this issue for decades, but recent research has shown that there is more to flu season than crowded indoor spaces and the ability of the virus to thrive in cold weather. It turns out that the human body is more susceptible to colds and fevers during the winter months for a number of reasons, one of which is purely biological.

It is now well established that exposure to cold weather is a factor in the increase in colds and fevers because it weakens the immune system. This cold-induced suppression of the immune system makes it difficult to fight off pathogens when they enter the body.

container Image by Lena Mora on Unsplash: Medical marijuana can affect your immune system’s ability to fight infections, but only if you have a strong immune system. 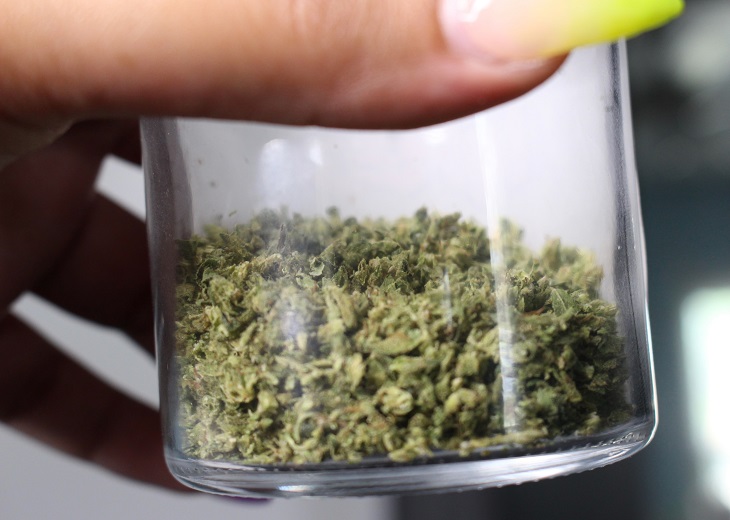 Cannabinoids and the immune system

Regarding the immune system, cannabinoids have the ability to modulate certain immune responses in the brain, which may help influence the expression of cytokines and the balance of T cell subsets. Because endocannabinoids can be synthesized by immune cells, they are also affected by cannabinoids from external sources, such as medical marijuana.

What is the effect of MMJ on the immune system?

Medical marijuana, especially with a high THC content, can have a negative effect on the immune system. Studies have shown that THC can damage the immune system by inhibiting the essential inflammatory response that fights pathogens, making the body more vulnerable to infection.

On the other hand, people with autoimmune diseases or other chronic conditions caused by an overactive immune system may benefit from the use of medical marijuana. This is because cannabis can reduce the body’s inflammatory response, balancing the immune response in people with an overactive immune system. Some studies have also shown that cannabis may modulate certain neurological responses, which may contribute to immunity.

Cannabis for colds and flu

While cannabis is not a cure for the common cold or flu, it can sometimes help people manage symptoms like inflammation, pain, and sleep problems. During a cold or flu, the body undergoes certain immune system processes. An inflammatory response to help the body fight the infection can cause fever, sore throat and swollen nasal cavities. Studies have shown that medical marijuana can help reduce this inflammatory response. So people who have colds or flu can benefit from using it, if only to relieve the symptoms.

Studies have also shown that cannabis can help regulate or stimulate sleep. People with a cold or flu often have an irregular sleep cycle. Medical marijuana treatment can help keep the sleep cycle as regular as possible, which helps fight the disease. Finally, there are the aches and pains you feel when you have a cold or the flu. Medical marijuana is a proven pain reliever and can help patients suffering from cold or flu related pain find relief during their recovery.

image by Brittany Colette on Unsplash : Medical marijuana can help with cold and flu symptoms, such as swollen nasal cavities. 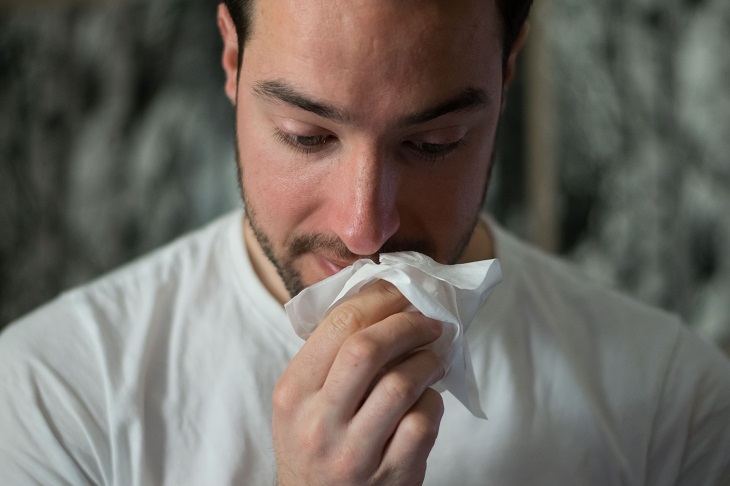 Can CBD oil help with a cold?

Like all cannabis, CBD oil has been shown to relieve many symptoms, such as chronic pain and inflammation. It does this by preventing an inflammatory response in the body. When someone has a cold, using CBD oil can help relieve the symptoms caused by this overactive inflammatory response.

It won’t be a cure-all, but CBD oil will work just as well as other types of cannabis to help someone overcome a cold or flu. It is important to note that people who consume CBD may also experience a decreased immune system response to pathogens because CBD, like other forms of cannabis, can suppress immune function.

Using medical marijuana in the winter is important for your specific health condition, as you want to be as healthy as possible during cold and flu season. With proper hygiene, a diet that supports immune function, and proper treatment, you can prevent the flu and colds as well as anyone, even with the use of medical marijuana.