Illinois adult-use cannabis sales reached $121.7 million in September, down 0.2% from August, which had one more day, and up 80% from a year ago:

So far in 2021, adult-use sales of $997 million have increased 131% over the same period a year ago. Sales to non-residents continue to represent an increasing percentage of overall sales, reaching 33%, similar to the last two months and near the highest level since the program launched: 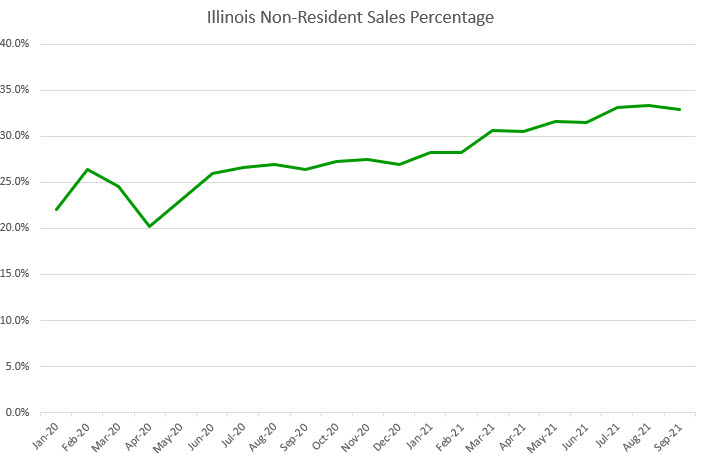 The state had been separately providing monthly updates regarding medical cannabis sales, but there has been no update since the June sales.