Illinois adult-use cannabis sales reached $120.75 million in November, down 2.1% from October, which had one more day, and up 61% from a year ago:

So far in 2021, adult-use sales of $1.24 billion have increased 113% over the same period a year ago. Sales to non-residents have been an increasing percentage of overall sales, reaching  a record 34.2% in October, but November saw the percentage dip to 32.3% as non-resident sales fell 7% from October: 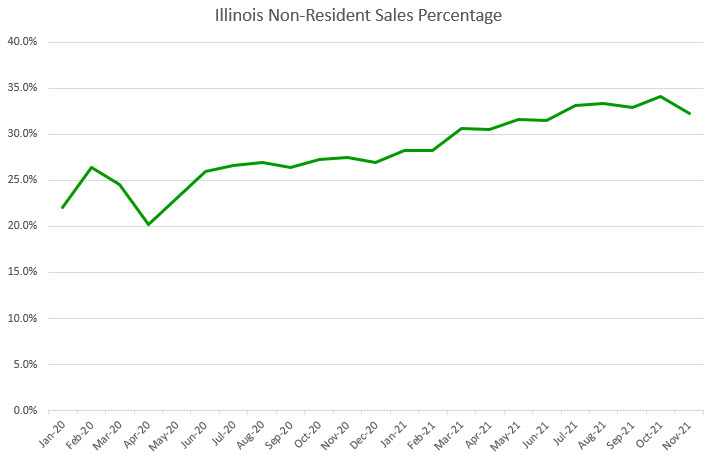 The state separately releases sales from its medical program. In October, medical sales totaled $31.9 million, down 4% from the prior year. 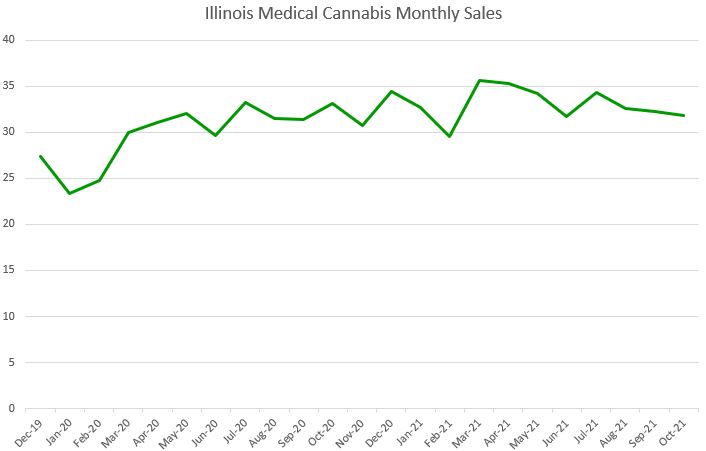 Taking into account both medical and adult-use sales, total cannabis sales in October grew 43% to $155.3 million. 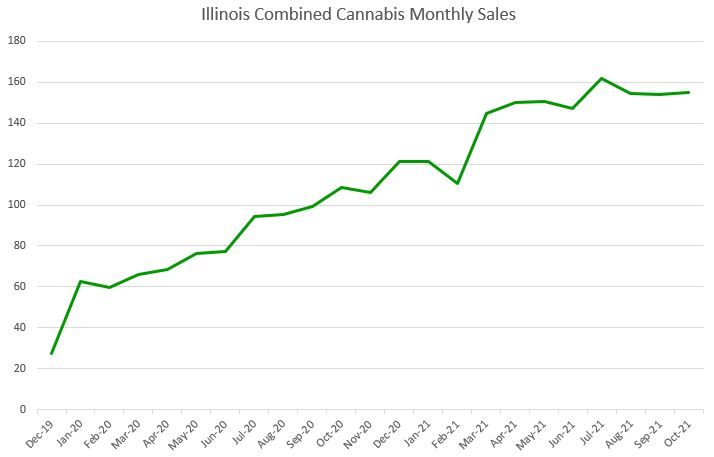