As government contracts continue to expand, major players outside the cannabis industry are looking for an outlet. And those who already have influence in the industry will expand.

Earlier this month, the 2021 season of cannabis mergers and acquisitions was ushered in when Irish company Jazz Pharmaceuticals struck a $7.2 billion deal to acquire British company GW Pharmaceuticals, the maker of Food and Drug Administration-approved Epidiolex. It was the biggest handshake for the cannabis industry, and it may be just the beginning of what lies ahead for the global market, which is still in its infancy.

At Fox Rothschild, a Philadelphia-based cannabis law firm, Melissa Sanders and Jared Schwass told their clients in a February 1 memo that there was much more room for business expansion.

Sanders advises corporate clients on a wide range of commercial matters, with an emphasis on mergers and acquisitions, private placements of securities, financing transactions and title transfer programs. Schwass is a partner in the firm’s corporate law department and a member of the firm’s cannabis law practice group. He advises companies entering and operating in the legalized cannabis market on regulatory compliance, risk mitigation and commercial transactions.

“We saw a spike in M&A activity in late 2020, when the sector was rocked by pandemic-related volatility, and we expect this trend to increase significantly in 2021,” he said in a statement.

“Despite the abundance of money available to the large multi-state operators (MSOs), most cannabis companies still have a relatively limited ability to raise capital because of the federal illegality of the industry,” they said, “However, this may soon change because Democrats now control both houses of Congress and the White House.”

As cannabis finds its way, Sanders and Schwass expect liquidity to be injected into the sector as previously reluctant investors and institutions enter the market without fear of federal repercussions.

Sanders and Schwass will discuss trends, forecasts and actions on mergers and acquisitions, and how MSOs and small businesses can position themselves for potential growth opportunities.

Tony Lange: What stands out in terms of M&A activity in the cannabis industry in 2020? 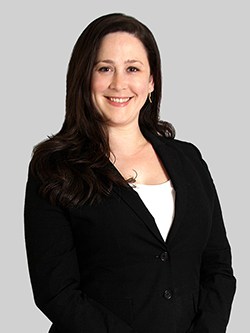 Melissa Sanders: I think we saw a lot of struggling assets resolve. And there were also some good deals outside of the distressed assets. It will continue through 2021. But I think with the changes in the Senate and the possible legalization, there will be more capital coming in and we will see more mergers and acquisitions in general.

Jared Schwass: When COVID-19 was first recorded, there was a kind of lull in activity. When medical needs and distressed goods appeared, serial buyers started buying. And then, at some point, there were a few mergers that made headlines. I have a feeling this will happen again in 2021.

TL: To what extent will federal cannabis legislation impact merger and acquisition activity?

The federal legislation has some weight. I don’t want to exaggerate, because we’ll have to wait and see, but I think it will provide a little bit of potential money for people who were still a little bit hesitant to get into the business and basically raise capital or invest in other businesses. The real operators, they had already bet on cannabis. So for them, a lot depended on where the capital was.

JS: In addition to the increase in capital that we might see, with the controlled substances law, I think we’re going to start seeing big players from outside the cannabis industry wanting to get involved.

TL: Regardless of the composition of Congress, what are your projections for the rest of 2021?

MS: Regardless of what happens at the federal level, I think merger and acquisition activity will resume. There are still a lot of good deals out there. I also think people are waiting and hoping for an economic turnaround. So the deals will continue and expand.

I think we’re in a slightly different position than we were the last time there was this much M&A activity, in that companies are more mature. They see things that failed or were not ideal in previous deals. So if growth is going to lead to more competition for buyers, I don’t think it’s going to be like in 2019, when people really looked beyond some of the real weaknesses of the companies, just to keep growing and moving forward. Nowadays, people really look at the fundamentals of business and make sure they have books and things like that.

JS: One more thing: Regardless of what happens in Congress and the Senate, I think merger and acquisition activity will continue. We will see a lot of activity in this area, and there will be a lot of consolidation over the next few years.

Do you think small cannabis stores are an endangered breed?

MS: Personally, I think not, because there is a market for these independent companies and brands. This market will continue to exist in cannabis and other industries. While I think it will be much harder for them to survive and compete, I don’t think they are a dying breed.

We continue to see many small one-time acquisitions. Many of them are growing, but not with the goal of becoming a big OSM, although some are. 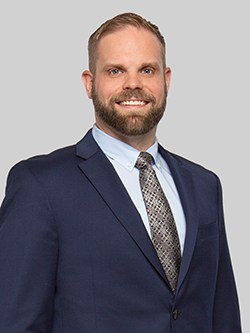 JS: I don’t think it’s dying. I think it’s hard, especially for small farmers in Northern California. But I think through the struggle comes perseverance. It shows these small farms and these small artisan brands that there is still a market for them, and that it will continue.

TL: How can some small cannabis stores make themselves attractive for sales if that’s what they want to do?

MS: If they want to make themselves attractive, the most important thing is to get everything in order, to make sure they have files or descriptions, depending on the age of the company; there was a time when companies didn’t keep good files. If they don’t, they don’t, but getting everything in order, seeing where there are holes until they can be repaired for work, and also getting all their paperwork to make sure they’re keeping everything up to date will help. When a buyer comes forward, he or she will want to be very careful business-wise and legally. So it is very important to get these materials in quickly.

JS: I agree with that. It’s very important to have clean books, so it’s not about real estate or taxes or anything like that. And in general, a good cash flow, not too much debt on the books, that’s also important.

TL: How can MCOs stay ahead of the competitive M&A market to take advantage of opportunities?

That’s a good question. A big part of this work is staying abreast of who the operators are in the areas of strategic interest to you. I think MSOs will be making strategic acquisitions this year, and by making sure they know who the players are in each market and whether those players are open to selling, they can target the right people at the right time.

JS: If you know what licenses you need to have to go where, what states are opening, and if you do your own market research, you can be sure that if you want to market in another state, it will work for your business. Only by doing your own audits and market research can you take advantage of these opportunities.

TL: What are the triggers for companies to decide whether a merger is right for them or whether it is better for them to make an acquisition?

JS: Usually the biggest deals are mergers, where two big companies come together, whereas a big company that just wants to expand its market in a certain area and buys up small companies here and there is making obvious acquisitions.

TL: Which states or regions do you think are hotbeds of merger and acquisition activity in the United States?

MS: I think there will be a lot of conversions of their companies, and there will probably be some mergers and acquisitions in these countries when adults are legalized, especially in countries where medical programs used to exist.

JS: There is a group of independent operators in California, and I think the market lends itself to consolidation if companies can find synergies within it. Regardless of what happens in Congress, I think we will continue to see mergers and acquisitions simply because the market, the industry itself, is still in its infancy and people are growing. But if the federal government decides to restrict or legalize cannabis this year, I think we will see a significant increase in that activity.

Editor’s note: This interview has been edited for style, length and clarity.

Rhode Island Marijuana Legalization Bill To Be Filed This Month