Upon its planned completion in the second half of 2022, the cutting-edge microgrid energy system is expected to produce approximately 8,600,000 kWh of electricity each year, which is enough clean renewable energy to offset up to 100% of the Company’s current power consumption at the Production Campus. According to figures provided by the US Environmental Protection Agency’s greenhouse gas equivalencies calculator, the Project will negate approximately 6,095 tons of atmospheric CO2 emissions annually, which is the same carbon offset as approximately 11.7 square miles (7,467 acres) of forest and is equivalent to avoiding more than 15.3 million miles of passenger car driving each year.

When complete, the Project is expected to cover approximately 10 acres of the Production Campus The battery storage system, in addition to reducing peak load demands, will pair with other on-site energy assets to provide multiple days of backup power, allowing Harborside to continue operations as normal and protect valuable inventory in the event of a disruption to the utility supplied power.

The Project will be fully funded and installed by Scale Microgrid Solutions (“Scale Microgrid”), a vertically integrated distributed energy company. The Company intends to enter into a power purchase agreement (the “Power Purchase Agreement”) with Scale Microgrid in the first half of 2022. Once the Project is fully functional, the transactions contemplated by the Power Purchase Agreement are expected to immediately result in lower operating costs, with an estimated cumulative net energy savings of more than $12.5 million over a 20 year period. It is also expected that the Project will allow Harborside to avoid purchasing carbon offset credits, which would otherwise be required by California regulations beginning on January 1, 2023.

The team at Harborside is extremely proud to launch an industry leading renewables project and to be able to completely power our Production Campus from the sun. 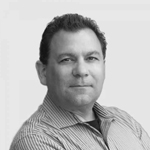 When it becomes fully functional next year, it is expected to be the largest renewable energy project in the entire US cannabis industry, and will be a great example of how the industry can become more sustainable, more efficient and more profitable.

“The cultivation of premium cannabis requires a large amount of energy, which means we incur both a financial cost to the Company and, more importantly, a cost to our environment. As a leader in the California cannabis market, we are excited to work with Scale Microgrid to create highly sustainable infrastructure that is built for the future and allows us to cultivate in the most clean and energy efficient way possible. When grown in either a greenhouse or an indoor environment, cannabis uses minimal water, but takes quite a bit of power to grow successfully. Upon completion of the Project, we expect to exceed the year 2030 renewable targets laid out by the California Governor’s office and we expect to be one step closer to net-zero emissions. The Project is also expected to give Harborside a robust alternative to utility supplied power, which is essential in California as the traditional power grid is more and more frequently disrupted by over usage, wildfires and extreme weather events”.

For the latest news, activities, and media coverage, please visit the Harborside corporate website at http://www.investharborside.com or connect with us on LinkedIn and Twitter.

Harborside Inc. is one of the oldest and most respected cannabis businesses in California, operating three of the major dispensaries in the San Francisco Bay Area, a dispensary in the Palm Springs area outfitted with Southern California’s only cannabis drive-thru window, a dispensary in Oregon, a cultivation/production facility in Salinas, California, a manufacturing facility in Oakland, California and distribution hubs in San Jose and Los Angeles, California. The Company sells its Fuzzies, Sublime, KEY and Harborside Farms branded consumer products through third party retailers and delivery outlets across the state of California, as well as in its own stores. Harborside has played an instrumental role in making cannabis safe and accessible to a broad and diverse community of California consumers since 2006, when it was awarded one of the first six cannabis licenses granted in the United States. Today, the Company holds cannabis licenses for in-store retail, delivery, distribution, cultivation, nursery and manufacturing. Harborside is currently a publicly listed company on the Canadian Securities Exchange (“CSE”) trading under the ticker symbol “HBOR” and on the OTCQX Best Market under the ticker symbol “HBORF”. Additional information regarding Harborside is available under Harborside’s SEDAR profile at www.sedar.com.

Scale Microgrid is an energy platform company with a core focus on designing, building, financing and operating cutting-edge distributed energy assets, such as solar power technology. Scale Microgrid is driven by a team of energy and financing experts, enabling customers like Harborside to take charge of their energy infrastructure and prepare their businesses for the future. This installation will utilize a microgrid system that incorporates renewable energy and onsite energy storage. Benefits of the Scale Microgrid system include critical load backup power, no upfront capital to the customer, locked-in energy prices, and a quick deployment which is expected to be under nine months.

A Q&A with Brandon Barksdale, CEO of Dalwhinnie Enterprises LLC

A Q&A with Brandon Barksdale, CEO of Dalwhinnie Enterprises LLC

What Can Cannabis Do For Montana?

Tinley’s to Upgrade Mini Bottling Line to Respond to Market