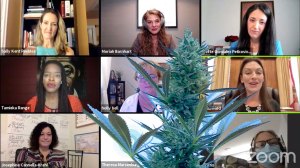 The old saying that the war on drugs hurts people more than illegal drugs. The premise is all the more clear when one considers the medical value of marijuana and the relative safety of marijuana use by adults.

A group of Florida women are taking up the fight against drugs and launching a statewide education and awareness initiative to build support for the legalization and regulation of cannabis for adult use. The Women’s Initiative for a Safe and Just Florida (WISE Florida) was founded by four mothers from across the state who are leaders in cannabis policy and advocacy.

Like the women who worked to abolish alcohol prohibition nearly a century ago, we created this initiative out of concern for our families and communities, says co-founder Moriah Barnhart of Tampa Bay. Our goal is to build a diverse network of supporters across the state and enable them to educate their families, friends, and elected officials about the harms of prohibition and the urgent need for reform.

Removing the harm caused by the ban on cannabis.

Having worked as a prosecutor and a criminal defense attorney, I have learned a lot about the injustices of cannabis prohibition and the harm it causes people and their families, said co-founder Yvette Gonzalez Petkovich, founder of the Petkovich Law Firm in Coral Gables.  It is clear to me that cannabis prohibition laws do more harm to our citizens and our communities than cannabis use itself ever could.

The organization began gathering a list of local and national supporters, and its leaders were announced at a press conference on the 25th. March by founders, Florida Agriculture Commissioner Nikki Fried and Cannabis Director Holly Bell.

As the conversation begins about legalizing marijuana for adults in Florida, it’s important that the public understand the extent of the damage done by marijuana prohibition, Fried said. From widespread and racially disparate arrests to the dangers of the illegal market, cannabis prohibition has been a costly and devastating political disaster that cannot continue. I commend the women of WISE Florida for creating this important education and advocacy initiative to ensure a safer and more equitable approach to cannabis policy in the future.

Pioneer among women, open to all 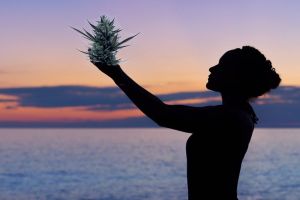 WISE Florida was founded by women, but welcomes the participation of anyone – regardless of gender, ethnicity, sexuality, disability or religion – who supports meaningful cannabis policy reform. Through education, awareness and advocacy, it seeks to raise public awareness of the harmful effects of cannabis prohibition and support the regulation of cannabis to enhance safety, promote justice and strengthen self-determination in Florida.

Cannabis prohibition is creating a dangerous and uncontrolled illegal market for cannabis and the people who use it, says co-founder Sally Kent Peebles, an attorney who heads the Jacksonville office of Vicente Cederberg LLP.

Legalising and regulating adult use will increase the production and sale of products, thereby increasing the safety of consumers and society as a whole. It will also generate tax revenue, create good jobs and increase opportunities for all Florida citizens.

While the organization was not created to take the lead on any particular bill or initiative, it will use its collective voice to support policy proposals that promote its core values of safety, justice and opportunity.

Cannabis prohibition has harmed all communities, but it has been especially devastating to communities of color, said Tamieka Range, co-founder of the Orlando-based Range law firm. By legalizing cannabis and regulating it in a reasonable and fair way, our state can finally begin to undo some of this damage.

The WISE Florida website outlines the benefits of cannabis regulation and points out the criminal and social consequences of prohibition.

The Women’s Initiative for a Safe and Just Florida is a non-partisan non-profit organization dedicated to supporting smart cannabis policy reforms through education, advocacy and awareness.

Why Medical Marijuana is Better than Sleeping Aids

Important Factors to Consider When Shopping for CBD Oil