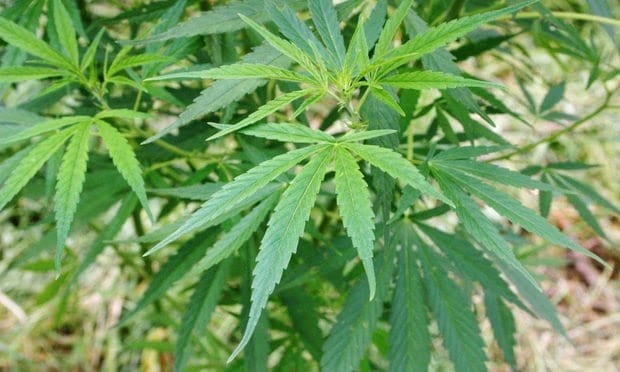 President Joe Biden’s pick for attorney general said on Monday that it is not “a useful use of limited resources” to go after people who are complying with state marijuana laws. He also citied cannabis enforcement as an example of the racially discriminatory impact of the criminal justice system.

Judge Merrick Garland, whose views on marijuana policy have been largely unclear to date, said that the issue is “a question of prioritization about resources and discretion,” and he signaled that the Justice Department would adopt a hands-off policy for most cannabis cases, similar to what was implemented under President Barack Obama, if he was confirmed.

“It does not seem to me useful the use of limited resources that we have to be pursuing prosecutions in states that have legalized and are regulating the use of marijuana, either medically or otherwise,” he said when asked by Sen. Cory Booker (D-NJ) during his confirmation hearing before the Senate Judiciary Committee. “I don’t think that’s a useful use.”

“I do think we need to be sure that there are no end runs around the state laws that criminal enterprises are doing. That kind of enforcement should be continued,” he said. “But I don’t think it’s a good use of our resources where states have already authorized, and it only confuses people obviously within the state.”

That view is consistent with policies put into place under Obama—known as the Cole memorandum—and then rescinded by President Donald Trump’s first attorney general, Jeff Sessions.

Garland also said earlier in the hearing that he thinks the enforcement of marijuana criminalization is the “perfect example” of how the criminal justice system is racially biased and disproportionately impacts communities of color. And because cannabis possession arrests can “follow a person for the rest of their lives,” he said the Justice Department should avoid prosecuting those cases.

He proactively returned to the issue after it was first raised by Booker and previewed actions the Justice Department could take to resolve such systemic problems.

“One of the big things driving arrests in our country—stunningly to me even that it is still the case—is marijuana arrests. We had in 2019 more marijuana arrests for possession than all violent crime arrests combined,” Booker said, adding that those arrests fall disparately on black and brown Americans despite the fact that white people use cannabis at a comparable rate.

“Is that evidence that within the system there is implicit racial bias?” Booker, who is part of a trio of lawmakers leading the charge to enact federal legalization in the Senate, asked.

“That’s definitely evidence of a disparate treatment in the system, which I think does arise out of implicit bias—unconscious bias maybe, sometimes conscious bias,” Garland said. “This is a particular part of the reason why, at this moment, I think I wanted to be the attorney general.”

Booker picked up on Garland’s point about implicit bias and reiterated that just because there are racial disparities in the justice system doesn’t necessarily meant that those carrying out enforcement are overtly racist. The Biden nominee replied that “that’s correct” and the “marijuana example is a perfect example that you’ve given here.”

“Here’s a non-violent crime with respect to usage that does not require us to incarcerate people, and we’re incarcerating at significantly different rates of the different communities,” Garland said. “That is wrong, and it’s the kind of problem that will then follow a person for the rest of their lives. It will make it impossible to get a job, it will lead to downward economic spiral for their family.”

“If you just look at the impact of the law and the disparate impact on just marijuana, it is estimated to cost African-American communities in this country billions of dollars more,” Booker, who was recently named chair of a key Judiciary subcommittee, followed up. “My question to you now is, assuming this position…what are you going to do about this outrageous injustice that persists and infects our society with such a toll on black and brown communities?”

Garland said that there are “many things that the Justice Department has to do in this regard” and one of those things is “we can focus our attention on violent crimes and other crimes that put great danger in our society, and not allocate our resources to something like marijuana possession.”

He added that prosecutors could further mitigate mass incarceration by reviewing and revising sentencing standards so that people don’t face the maximum punishment for certain crimes.

Also at the hearing, Garland revisited the idea of deprioritizing enforcement against cannabis possession after being pressed on ensuring racial equity in the justice system by Sen. Jon Ossoff (D-GA).

He said “one important way [to achieve equity] is to focus on the crimes that really matter—to bring our charging and our arresting on violent crime and others that deeply affect our society and not have such an overemphasis on marijuana possession, for example, which has disproportionately affected communities of color and then damaged them after the original arrest because of the inability to get jobs.”

The nominee reiterated the sentencing reform should also be part of the solution, and that includes resolving the crack-to-powder sentencing disparity for cocaine, which “has had an enormously disproportionate impact on communities of color, but which evidence shows is not related to the dangerousness of the two drugs.”

While Sessions took actions on marijuana policy that are viewed as hostile by advocates, Trump’s second attorney general, William Barr, maintained that Congress should take steps to resolve the state-federal marijuana policy conflict. But he did not make any definitive statements about the need to shift gears administratively, nor did he dedicate time while in office to recognize the racial disparities of cannabis enforcement.

Barr did allegedly direct the Justice Department’s Antitrust Division to carry out investigations into 10 marijuana mergers out of personal animus for the industry. A whistleblower who testified before a key House committee claimed the investigations were unnecessary and wasted departmental resources. But the assistant attorney general for the Antitrust Division later argued that the investigations were actually “consistent with protecting consumers’ access to cannabis products, not with animosity toward the industry.”

Garland, who was previously nominated by Obama to serve on the Supreme Court only to have his nomination blocked by Senate Republicans, was relatively silent on the issue prior to the confirmation hearing. His judicial record did indicate that he believes in deference to the Drug Enforcement Administration when it comes to drug scheduling, raising initial concerns among advocates.

But while his broader enforcement position remains to be seen, Garland did clearly express on Monday that he feels the federal government should generally not waste departmental resources to interfere in state-legal markets and that the lowest level cannabis offenses should not justify incarcerating individuals.

It now seems apparent that he and Biden are principally aligned on those matter, supporting decriminalization and non-interference in state cannabis programs, as the president called for during his campaign.

Biden also supports legalizing medical marijuana, modestly rescheduling the plant and expunging prior cannabis convictions. He remains opposed to adult-use legalization, however, despite supermajority support for the policy change within his party.