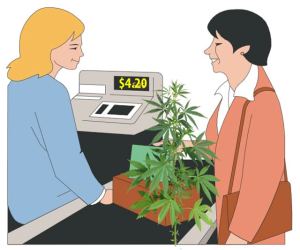 The U.S. House of Representatives passed the bill on 19. April, which grants sanctuary to financial services firms working with cannabis businesses, has been reauthorized by state law.

This is the fourth time the House of Representatives has passed SAFE Banking Act language, first as the first stand-alone cannabis policy reform bill passed by both houses of Congress in 2019, and twice last year as part of pandemic relief packages that failed to pass the Senate.

In all previous cases, Republicans have used Senate Majority Leader Mitch McConnell to block the measure, but this year Democrats control the Senate by a single vote.

The Safe and Fair Banking Act (SAFE), or H.R. 1996, was reintroduced in March by Rep. Ed Perlmutter (D-CO), Steve Stivers (R-OH), Nydia Velasquez (D-NY), and Warren Davidson (R-OH), and they had a total of 177 co-sponsors at the time of voting. The bill passed with a 321-101 majority, including a majority of Democrats and Republicans.

The Safe Banking Act is critical to improving public safety and transparency and will improve the lives of more than 300,000 people working in the state’s legal cannabis industry. It will also help level the playing field for small businesses and communities with limited access to capital. It is time for the Senate to immediately begin consideration of the relevant legislation.

We are incredibly grateful to the bill’s sponsors for working with us over the past eight years to make this meaningful legislation law, and we have steered it through the House of Representatives time and time again, said Aaron Smith, co-founder and CEO of the National Cannabis Industry Association.

Optimism about bill in US Senate 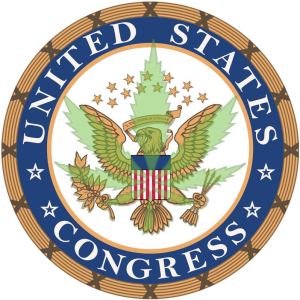 Advocates hope that Senate Banking Committee Chairman Sherrod Brown (D-OH) will soon approve the bill so that it can move through the Senate as soon as possible and become law before the end of the year.

The SAFE Banking Act would protect financial institutions from federal prosecution when they provide banking and other services to cannabis businesses under state law, and would help address the serious public health and safety concerns that arise from operating in a predominantly cash-paying environment.

The legislation will improve the operational viability of small businesses by helping them reduce the costs associated with a lack of access to banking services and by broadening the traditional lending options that many small businesses rely on in other areas. She will also commission a study on diversity in the cannabis industry.

Eighteen states, plus the District of Columbia and the territories of CNMI and Guam, have passed laws legalizing cannabis for adult use, and 36 states and several territories have comprehensive medical cannabis laws. The content is legal in some form in 47 states.

The National Cannabis Industry Association (NCA) is the largest cannabis industry organization in the United States and the only organization that fully represents cannabis-related businesses on a national level. The NCIA promotes a responsible and legal cannabis industry and works to create a supportive social, economic and legal environment for the industry in the United States.