Keegan Skeate was working the night shift when he first heard about the scam. The 26-year-old was only a few months into his new job at Praxis Laboratory, a Washington state lab that conducts consumer safety tests and THC potency analysis for legal cannabis products. During one quiet shift in 2018, a fellow lab technician walked over to Skeate and told him that she thought someone was manipulating her test results. She said that the numbers in her spreadsheets looked irregular and the recorded THC potency values were higher than she remembered measuring.

Over multiple interviews with FiveThirtyEight about his time at Praxis, Skeate explained what happened next. When he reexamined his own test results, he saw a similar pattern.

“I honestly believed her and did think the numbers were changed,” Skeate recently said. “It was a moral dilemma where I really didn’t know what to do. Do you tell someone? Do you quit, or do you just keep working? I kept working and I don’t really think that was the right thing to do.”

That was the spring of 2018. By the end of 2020, Skeate would lose his job, the local police would recommend criminal charges against him for blocking his boss from a company database, and the young software developer would become the latest whistleblower tangled in one of the legal cannabis industry’s thorniest problems: how to stop corrupt pot labs from profiting off manipulated test results.

America’s legal weed industry sold over $17 billion of pot last year and the industry’s obsession with THC, pot’s most famous intoxicant, has created financial rewards for every marginal increase in THC potency. Weed shoppers use THC percentages like nutritional labels, purchasing products based on their THC content, yet the lab system entrusted with measuring the compound is vulnerable to corruption. Laboratories across the country have been suspended or fined for manipulating potency results, having deficient procedures for detecting contaminants like mold or faking those contaminant tests altogether.

“THC inflation is pernicious, it’s easy to accomplish and there are strong financial incentives to do it,” said Don Land, a professor of chemistry and forensics at the University of California, Davis, and an adviser to the multistate cannabis lab company Steep Hill. “I believe that it is likely to happen at least infrequently in every market out there, and there’s very little chance that labs would get caught.”

Corrupt labs are cheating customers out of the pot they think they’re buying, and the industry’s potential problems with lab fraud are unlikely to go away as more states legalize weed and regulations grow increasingly dependent on measuring THC. New York plans to tax cannabis by THC content when commercial sales begin in the next few years. And there’s a growing nationwide movement to limit the THC content of legal products. But how can you collect taxes or enforce laws based on a product’s THC potency if you can’t trust how much THC is actually there?

THC percentage is part of the way pot is displayed at dispensaries, in part because consumers sometimes make decisions based on those potency values.  JOSH EDELSON / AFP VIA GETTY IMAGES

In America’s booming legal weed industry, state governments have delegated their regulatory eyes to private, for-profit cannabis labs. Pot farmers and processors must pay private, state-certified labs to conduct batch-specific tests before any product can be sold to consumers. The samples must pass a quality assurance check — ensuring they aren’t contaminated with things like E. coli or mold — and be tested for their cannabinoid potency, usually by measuring the presence of pot’s two most common active compounds: cannabidiol (CBD) and tetrahydrocannabinol (THC).

In theory, this testing system should be more robust than other consumer products, like produce or alcohol, which are usually only tested when there is a suspected safety issue. But in practice, some labs across the country have been accused of fraud. Labs have been caught inflating THC potency levels, passing moldy cannabis as safe, and even making up results entirely. A blistering 2019 audit of Oregon’s testing system found that the state’s testing program “cannot ensure that test results are reliable and products are safe” and said the state regulatory program had “limited authority, inadequate staffing and inefficient processes.”

Experts say that lab corruption is widespread because the incentives to cheat are too high and enforcement is mostly ineffective. “The people paying for the tests are happier to get inaccurate tests that say [their products] are more potent than they really are,” Land said. 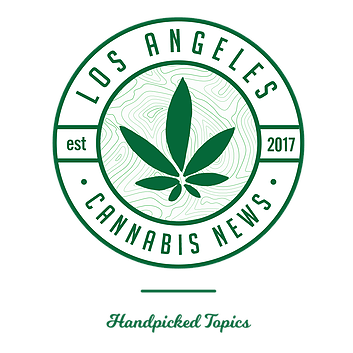 How the stoner noir went mainstream