According to PitchBook, the cannabis industry received nearly $15.5 billion in venture capital, private equity, mergers and acquisitions and initial public offerings by 2020. Seed and growth capital is an important driver of transactions, as firms seek to innovate and expand, taking advantage of national trends towards legalisation and consolidation. Entourage Effect Capital is one of the largest venture capital firms in the cannabis space and has raised over $150 million since its inception in 2014. Major investments include GTI, CANN, Harborside (CNQ: HBOR), Acreage Holdings, Ebbu, TerrAscend and Sunderstorm.

We spoke with Matt Hawkins, co-founder and managing partner of Entourage Effect Capital. Matt founded Entourage in 2014 after leaving his previous company. He has over 20 years of private equity experience and has served on the boards of numerous cannabis companies. Matt has held an executive position at Fox Business in the past, and has also recently been featured on CNBC, Bloomberg, Yahoo! Finance, Cheddar and many other television channels.

Aaron Green: How did you get into the cannabis industry?

Matt Hawkins: We have been investing in the cannabis industry since 2014. So far we have made 65 investments. We have a full team of investment experts and invest across the industry value chain.

I was in private equity for 25 years, and I came into the industry after I got out. I began making loans to warehouse owners in Denver who wanted to refinance their mortgages from commercial to residential debt, allowing them to rent out their facilities to farmers. I realized there was a great opportunity to invest capital in a private cannabis company. So I started raising money for this project and haven’t looked back. It was a great race and we made a fantastic portfolio. We look forward to the continued use of capital before and after legalization.

Green: Do you consider Entourage Effect Capital to be a venture capital fund or a private equity firm? How can you talk about yourself?

Hawkins: In the early days of the industry, we were more of a pure venture capitalist because there was virtually no revenue. We are probably still considered a venture capital firm by definition, just because of the risk factors. As the sector matures, our investments will increase. The reality is that the checks we write now go to companies that can show not only 12 months of revenue, but EBITDA. We can calculate their multiples and it looks more like an investment in a low/mid market private equity fund.

Green: What is your investment mandate? 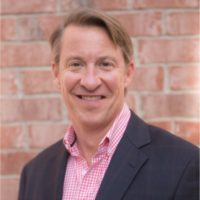 Hawkins: Therefore, our mission is to set up as many verticals as possible before legalization. In the early years, we focused on making the sector accessible to high net worth individuals and family offices, taking a highly diversified approach and investing across the value chain. We will continue to do that, but now we are really going to focus on merging companies and scaling them up to make them more attractive to exit partners after legalization.

Green: Are there any particular industry segments that you focus on, be it agriculture, mining or MSO?

Hawkins: We tend to focus on everything above culture. We believe that culture in itself is a commodity, but when it is vertically integrated, e.g. with one or more operators, this gives it a higher intrinsic value. If you look at the value chain, we start participating as soon as we grow it.

Green: Are you also involved in technology and e-commerce investments?

Green: How is Entourage’s investment philosophy different from other venture capital and private equity firms in the cannabis sector?

Hawkins: We don’t really pay attention to the philosophies of others. We have invested with others in the past and will continue to do so in the future. There aren’t many of us in the industry, so it’s good that we’re all working together. Until legalization or institutional capital comes along, we’re really the only game in town. So we all have an obligation to have a good working relationship.

Green: There are many markets in different states that are at different stages of development. Do you prefer investing in more complex markets? Say California or Colorado, where they’ve been legalized for a while, or are you looking at new growth opportunities like New York and New Jersey?

Hawkins: In the past, we have focused on the most populous states. Clearly, the future of California is very important to us. We will continue to grow our portfolio in California, as well as other key states such as New Jersey, New York, Arizona, Massachusetts, Michigan, Ohio and Illinois. These are all important goals for us.

Green: Do you think legalization will happen in this Congress?

Hawkins: My personal opinion is that it won’t happen this year. It could be the end of next year or a year from now. I think there’s too much wood to chop. I was encouraged by the introduction of the Banking Act. I think that will hopefully encourage institutional capital to get back in the game, especially with the opening of the NASDAQ and the New York Stock Exchange. So that’s a positive thing.

I think with the election of President Biden and the victory of a Democrat in the Georgia senate elections, the timetable for legalization has accelerated, but I don’t think it will happen overnight. I also don’t think it’s easy to cross state lines right away.

Green: Could you elaborate on your ideas on interstate trade?

Hawkins: I think it’s pretty simple. The states do not want to give up all the tax revenue they receive from their domestic producers. For example, if Mexico and Colombia import products, we cannot compete with that cost structure. California’s neighbors, who must grow crops indoors, which is more expensive, will not want to give up their tax revenue either. So, I think there will be a lot of assholes at the state level.

The federal government will have to determine the tax consequences, since the industry is currently taxed as heavily as it ever will be or should be. Anything north of the current tax level will prevent businesses from continuing to thrive, which basically means they won’t be able to fill the illegal market. I think one of the main goals of legalization should be to reduce the tax burden on businesses so that they can compete more directly with the illegal market, which of course has all the benefits of reduced crime, etc. 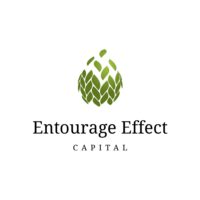 Green: Do you foresee any future changes to the 280E?

Hawkins: I’m sure you do. When the veil of federal illegality is lifted – which means restructuring – cannabis will be removed from 280E. I think 280E by definition is only about illegal drugs, their production and sale. As long as cannabis is not one of them, it will not be exposed.

Green: Who are the winners in your portfolio when it comes to successful releases?

Hawkins: When the SCC began allowing Canadian companies to own assets in the US, the landscape changed completely. We were fortunate to be early investors in Accreage and in the companies that sold Curaleaf and GTI before they went public. We are major investors in TerrAscend. We were the first investors in Ebbu, selling Canopy Growth. These are big wins for us at Foundation I. We also have some interesting pieces at Foundation II coming back from similar releases.

You read about the big deals, but at the end of the day the visible deals – the private deals – have even higher multiples than we see in some of the public M&A deals.

Green: Governor Cuomo recently hinted that he was very close to a deal to open a cannabis market in New York. What do you think are the biggest opportunities in New York right now?

Hawkins: If you can, that’s great. I’m just concerned that the distractions in the New York State House may hinder progress in this city. But if it doesn’t, and it can bear fruit, there is no sector in New York State that doesn’t have a chance to flourish and grow to the highest degree.

Green: Looking to other markets, Curaleaf recently announced a major investment in Europe. How do you see Europe in general as an investment opportunity?

Hawkins: We have a pretty interesting promotion going on in Europe right now by a company called Relief Europe. He will be one of the first candidates in Germany. We think this could be a great asset to us. But let’s face it, Europe is still a bit behind the United States when it comes to the position of the industry. Most of the capital we will use will be manufactured in the country prior to legalization.

Green: What industry trends do you see for the coming year? We are constantly learning from other industries ahead of us to understand how to leverage these lessons as we continue to invest in cannabis.

Hawkins: Well, I think you’re going to see a lot of consolidation and a lot of buildup in the race for legalization. I think that’s true for everyone. I don’t see a scenario where SMEs or small businesses could successfully exit the market with some of the new capital. They will get to a point where they sell to someone bigger than them, or they will partner with companies of about the same size and create a mass. It’s the only way to compete with companies that come in with billions of dollars.

Green: What do you think of this quake?

Hawkins: This is when you start looking into the crystal ball. It’s really hard to say, because I think until we reach a point where a national brand presence requires crossing state lines, it’s hard to say where things will go. I know alcohol, tobacco, beer and distribution companies, they are all online. Big Pharma, Big CPG, Nutraceuticals, they all want access.

In one form or another, these big players will dictate how they attack the market. This part remains to be seen. We’ll wait and see where it goes and how fast it goes.

Green: Consider other areas for capital allocation, such as. B. APAC or Latin American regions?

Hawkins: Not now. It’s not a trick at all. What has happened here recently in the election really makes us think about focusing here and generating positive returns for investors.

Green: As cannabis becomes more widespread, national legalization becomes more likely. How do you think the institutional investment world is evolving in this regard? And is the influx of new capital into the cannabis market a good thing?

Hawkins: I don’t see a problem with that. Some say it could hurt the character of the college and the craft. Because if there are tens of billions of dollars ready to be invested in companies listed on the CSC or higher on the NASDAQ or NYSE, that will only increase their market capitalization and give them more money to take over other companies. The trickle down effect will be so great for the industry that I don’t know how you can look the other way and say we don’t want this.

Green: One last question: What have you noticed in the last few days? What are you most interested in?

Hawkins: We are constantly looking for new developments in the industry. We are constantly learning from other industries ahead of us to understand how to leverage these lessons as we continue to invest in cannabis. We have all seen the connection between cannabis prohibition and alcohol prohibition. The reality is that the industry today is mature enough to be able to see similarities with industries that have moved from infancy to adolescence. That’s where we are today, and we spend a lot of time looking at industries that have already gone down that road to see what lessons we can apply here.

Green: Okay, great. That’s the end of the interview!